Home > A Brief History of St.… 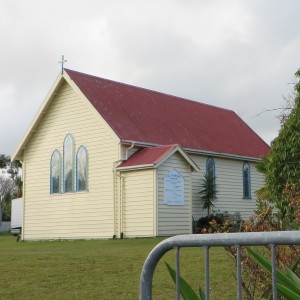 Early years of Christianity within the local district

In August 1820 the Reverand Samuel Marsden became the Waimauku area’s first encounter with Christianity when he travelled from Pitoitoi or Riverhead  to visit pa along the West coast south of the Kaipara Harbour. This journey would have taken Marsden along the ancient Maori portgage track between the Waitemata and Kaipara Harbours which would have followed approximately the route of Old North Rd in modern times.